Oyster Bay Town Supervisor Joseph Saladino and members of the Town Board announced a new partnership with ProPhase Labs to administer a new, non-invasive saliva-based, viral RT-PCR multiplex-test for students and faculty that attend and/or work at public and private schools within the Town. This new saliva-based test is proven to quickly detect and identify COVID-19 and any of its 17+ current viral mutations. ProPhase Labs has the capacity to provide test results to individuals within 24 hours from the time when one of its labs receives and accepts a specimen. For hours please call (516) 733-8410 and for more information CLICK HERE.

Due to the extremely heavy rainfall and extraordinary amounts of stormwater runoff and localized street flooding associated with the rainfall event of September 1st and 2nd, 2021 which may result in conditions causing shellfish to be hazardous for use as food, The New York State Department of Environmental Conservation Shellfisheries Section is temporarily closing the north and south shore areas noted below to the harvest of shellfish to protect public health.

Effective immediately, the following areas are closed to the harvest of shellfish:

Note:  Town of Hempstead: All that area of Hempstead Bay and East Bay that was closed on August 23, 2021 remains closed.

Accordingly, the harvest of shellfish from the following areas is permitted:

A scanned copy of the signed closure order and maps of the affected areas are attached.

Information about temporary closures and reopenings will be available on a recorded message available at: (631) 444-0480 and the DEC website at: https://www.dec.ny.gov/outdoor/7765.html 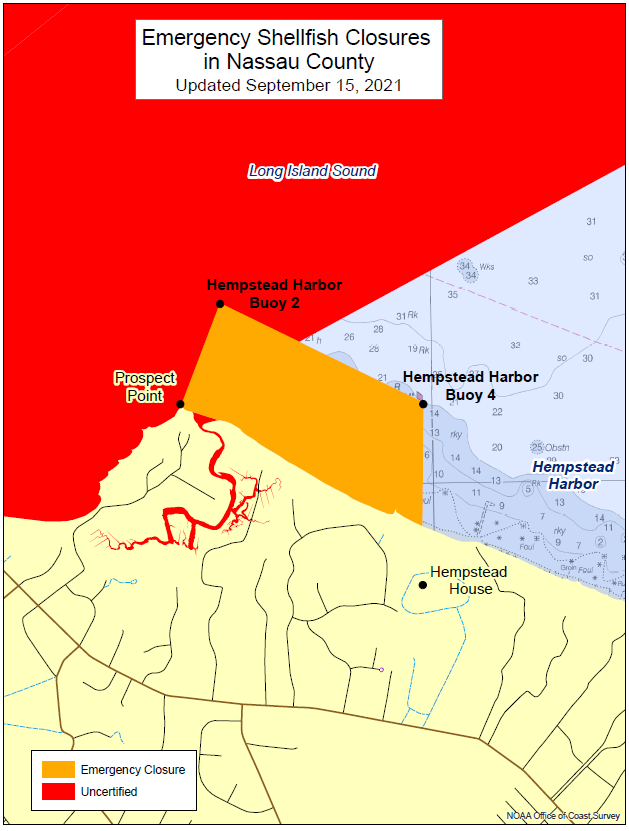 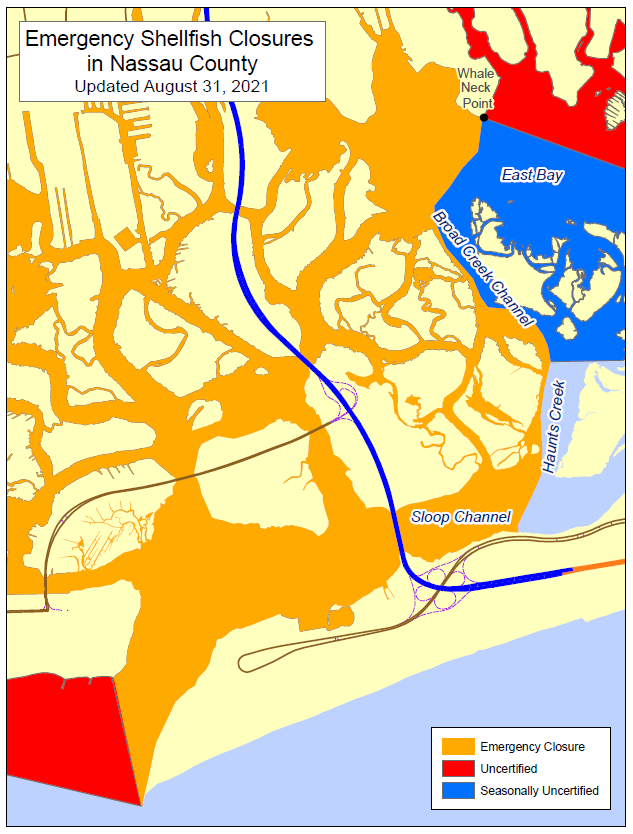 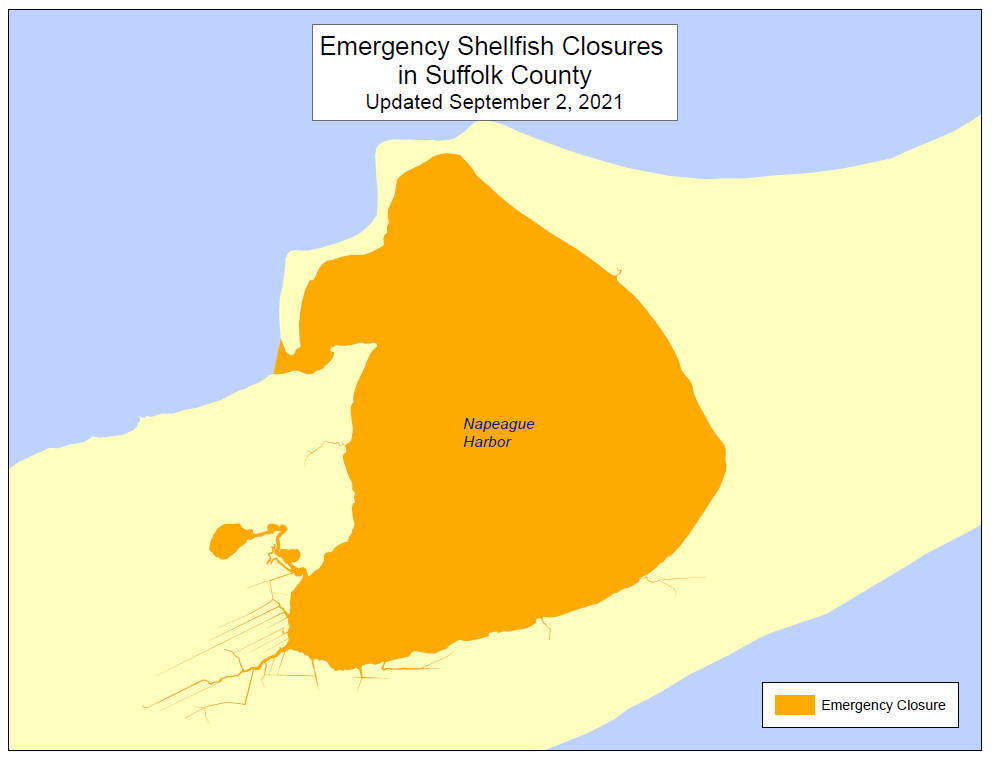 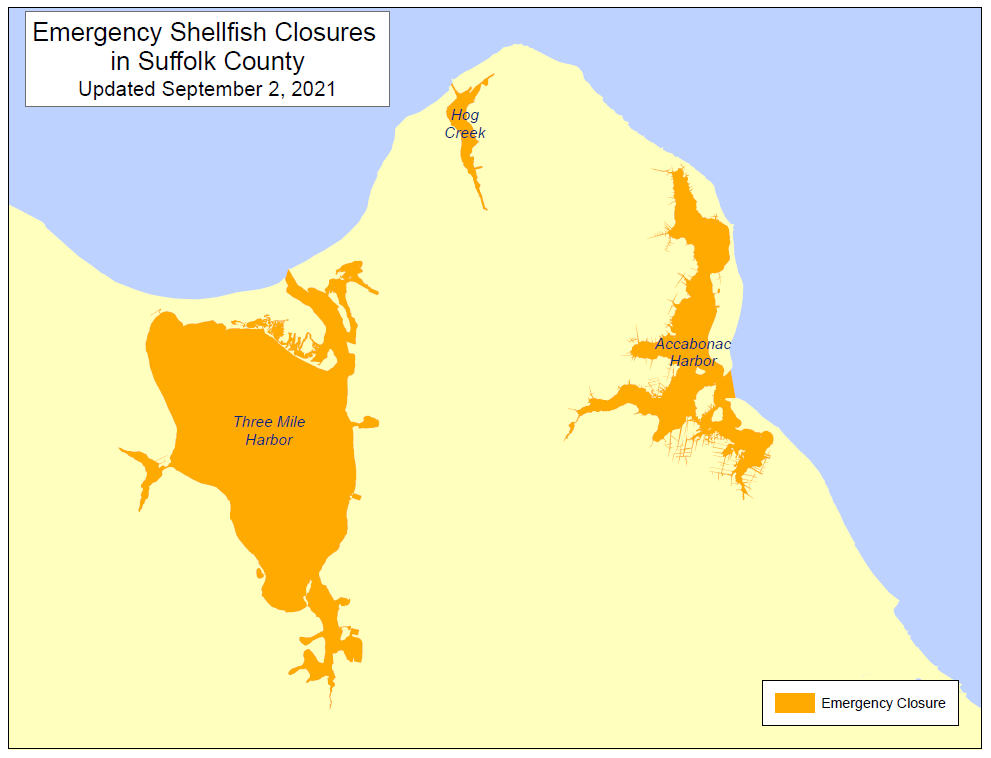