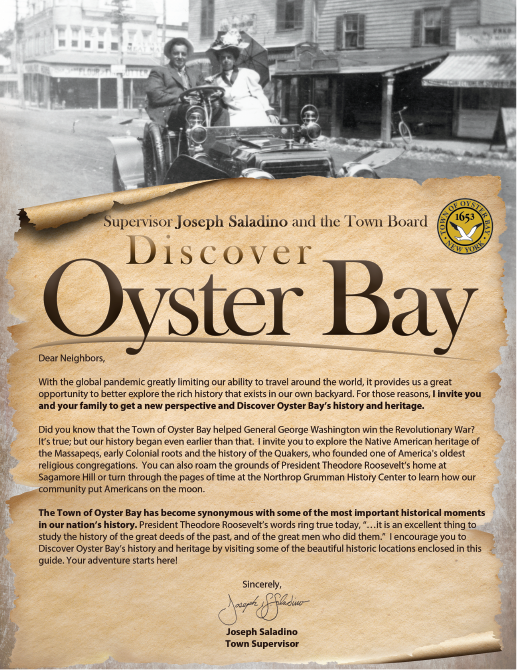 “On June 4th, I anchored in a commodious haven on the north of Long Island. We found fine oysters there, from which the Dutch call it Oyster Bay.” – Diary of David deVries, Voyager, 1639

The Town of Oyster Bay enjoys a rich and well-documented history. The first known European to sail past Long Island’s south shore was Giovanni de Verrazano in 1524. David deVries was the first to record the name of Oyster Bay for the beautiful harbor on the Town’s north shore in 1639. Long Island was first claimed by the Dutch as part of their province of New Netherland. In 1639, they purchased from the Native Americans a tract which, on the east, included the present Town land. In 1648, Robert Williams of Hempstead bought from the Native Americans a large parcel of land, which is represented today by Hicksville and adjacent parts of Jericho, Plainview, Syosset and Woodbury.

Five years later, the Native American Chief Mohannes sold the land in the northern portion of Oyster Bay, extending from Long Island Sound to a point near Hicksville, to New Englanders Samuel Mayo, Peter Wright and William Leverich. Several other colonists joined in this First Purchase and settled on the land.

In founding the Town, the New Englanders were seeking new opportunities on Long Island just east of the boundary established between the English and Dutch. In 1667, three years after the English won New Netherland, the Town of Oyster Bay, inclusive of land to the “Soth Sea” (Great South Bay), was granted a patent by the English Governor, Sir Edmund Andros. After the defeat of the American Army at the Battle of Long Island in August 1776, Oyster Bay fell under British occupation.

The Revolutionary War found Long Island strongly Loyalist. British troops used Raynham Hall as their headquarters, the hall being the home of patriot Samuel Townsend and currently a museum. Despite the fact that he was arrested early in the war for his support of the Patriots, his son, Robert, remained active as an undercover agent for General Washington using the code name, “Culper, Jr.” With the aid of his sister, Sally, he reportedly secured information that led to the exposure of Benedict Arnold’s plot to defect to the British and turn over West Point to their control.

After the Revolution, Oyster Bay continued primarily as an agricultural area through the nineteenth century. It didn’t come into national prominence again until the presidency of Theodore Roosevelt, an Oyster Bay resident whose home, Sagamore Hill, served as the “summer White House” from 1902 to 1908. This huge Victorian mansion, with its original furnishings, was dedicated as a national shrine during the administration of President Eisenhower. It has since been completely restored and is open to the public.

With the advent of World Wars I and II, the Town’s primarily agricultural economy began changing to one of industry and business, especially in the area of aeronautics. Farmlands gave way to business complexes, factories and new housing. Today, Oyster Bay enjoys a well-balanced blend of commercial, residential and recreational development, leading to the Town’s slogan that “Oyster Bay is a great place to live, work and play.” 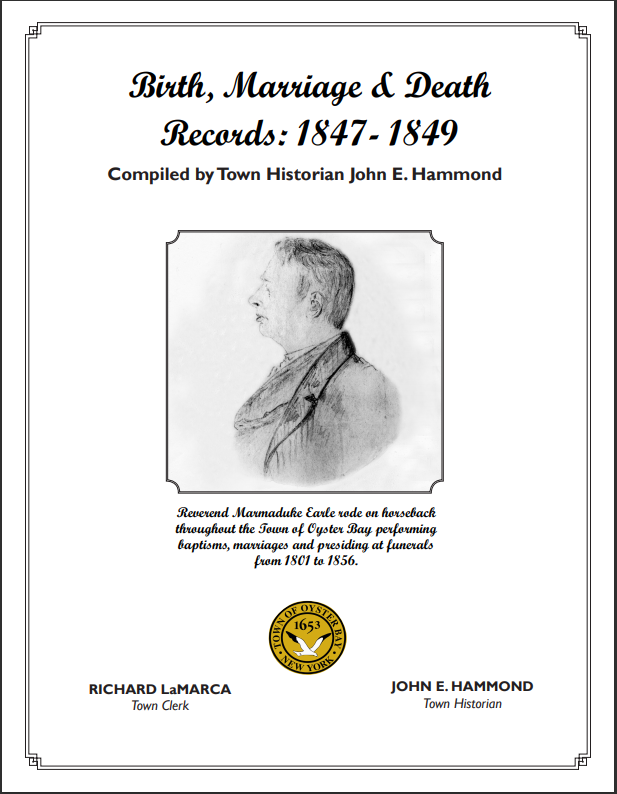 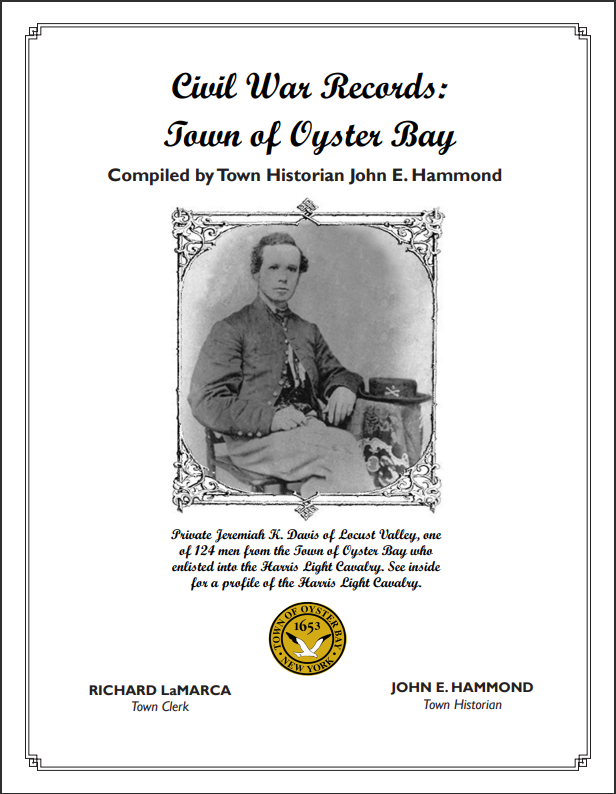 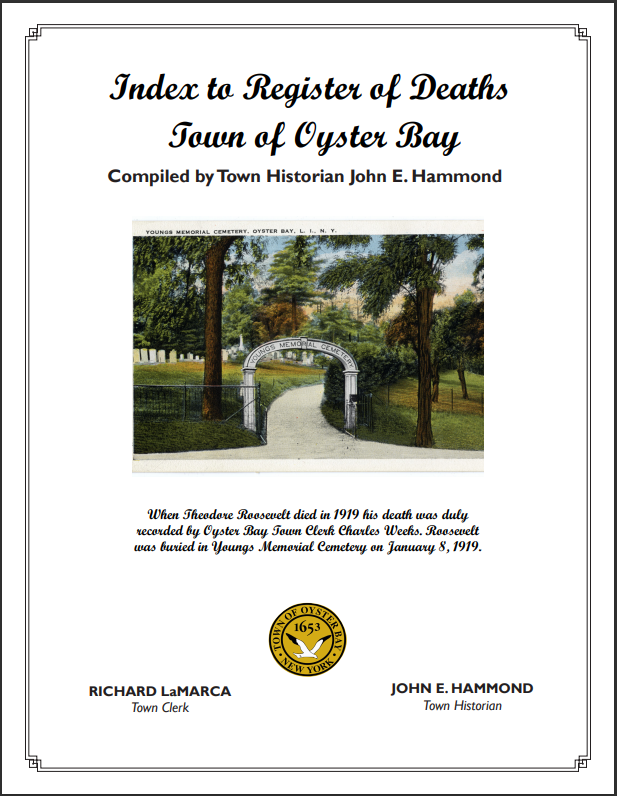