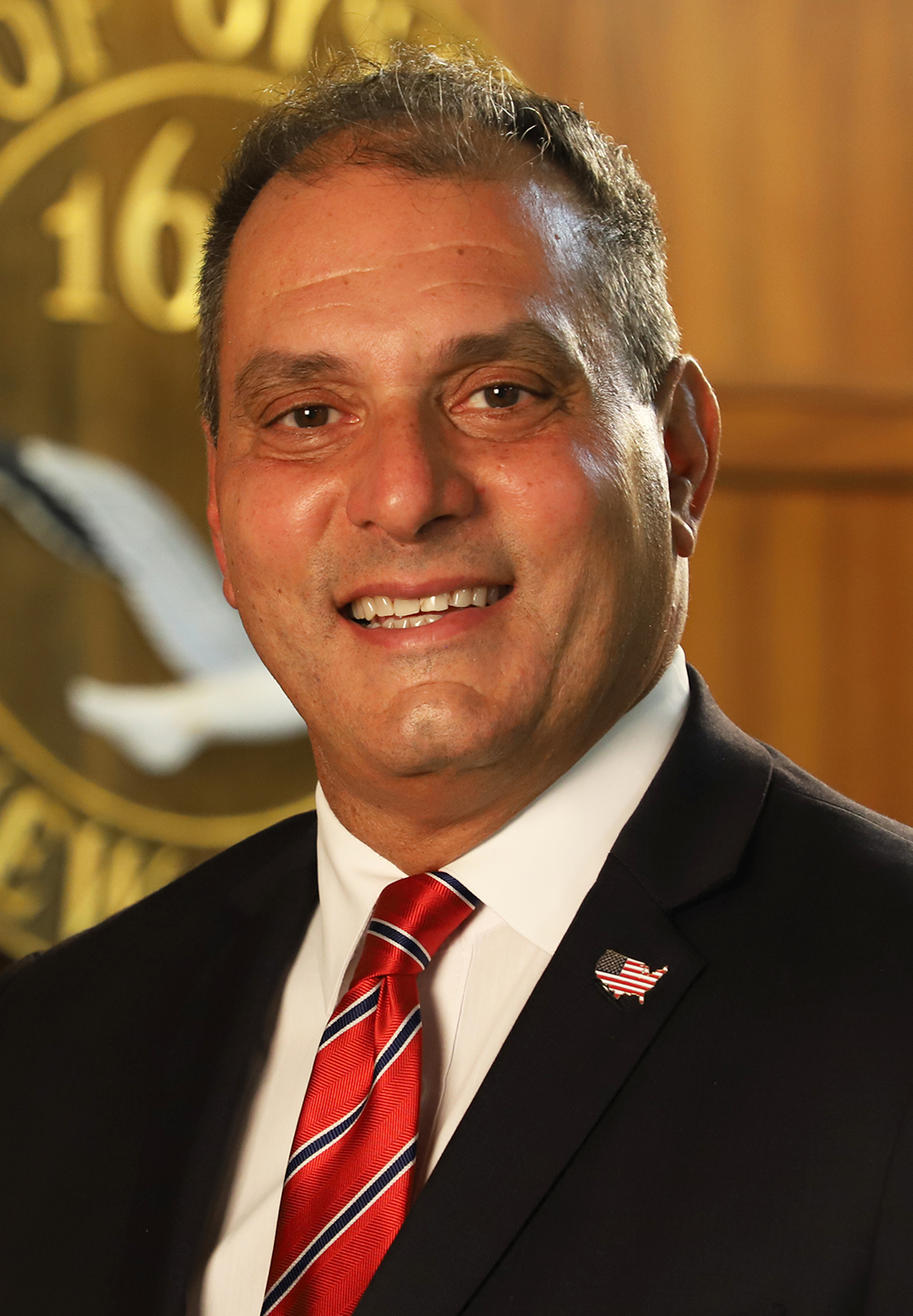 On January 31, 2017, Joseph Saladino was sworn into office as the 70th Town of Oyster Bay Supervisor and immediately took action to increase governmental accountability, transparency and integrity.  Supervisor Saladino kept his pledge to residents by cutting property taxes in 2018 and freezing property taxes in 2019, 2020, 2021, 2022 and 2023. As a result, nearly $7.8 million is back into the pockets of homeowners rather than the coffers of government.

To further protect the checkbooks of residents, Supervisor Saladino instilled fiscal discipline and landmark reforms that together have laid the groundwork for our future. Without raising property taxes, his administration turned a multi-million dollar deficit into a $62.2 million surplus in just four years. A commitment to restricting long-term borrowing, along with fiscally sound policies and conservative budgeting principles, has helped decrease the Town’s debt by a historic $187 million – the largest reduction of debt in Town history.  The Town’s financial turnaround has been recognized with seven upgrades from two independent Wall Street credit rating firms. Additionally, the New York State Comptroller’s Office removed the Town of Oyster Bay from its fiscal stress monitoring list for the first time since the program’s inception in 2013.

Supervisor Saladino has worked tirelessly to deliver critical services – especially during the COVID-19 public health pandemic. Services were never slowed nor stopped during the pandemic; instead, services were enhanced to collect food for individuals in need of assistance and blood donations for local hospitals. Career services were offered virtually to help people reenter the workforce, and red-tape was limited so restaurants could offer immediate outdoor dining. The Saladino administration’s anti-tax, pro-jobs policy positions have laid the foundation for the return of jobs. The 1-800-Flowers company moved its corporate headquarters to Jericho. Home Depot opened a new final destination facility in Hicksville. London Jewelers selected Glen Head for their new corporate headquarters. Dream Car Restorations has found a new home in Plainview, and their automotive skills will soon be featured on The Discovery Channel.  Business-friendly policies also helped attract a new Amazon distribution facility and hundreds of jobs to Syosset. This facility is significant for our economy as it generates millions in recurring economic activity while bringing new life to a brownfield property that has sat dormant for more than three decades.

Supervisor Saladino delivered on his pledge to enhance ethics, transparency and accountability in government. From the creation of a new independent Board of Ethics with real and meaningful oversight to disclosure requirements for contractors, vendors and high level employees, actions were taken to prevent conflicts of interest and misdeeds. Additionally, a Federal agent who previously worked with the FBI, CIA and DEA was hired to serve as the Town’s first-ever Inspector General to help the Supervisor protect the wallets of taxpayers by overseeing contracts and procurement. To enhance transparency, the administration enhanced live-streaming of town board meetings and improved the Town’s website. Reforms were long overdue and the good-government organizations, Reclaim New York and the Empire Center, recognized Supervisor Saladino and the Town Board for proactively improving transparency and provide residents unprecedented access to government.

A strong advocate for the environment and safe drinking water, Joseph Saladino has led the fight for the complete hydraulic containment and remediation of the Grumman-Navy plume. As a State Assemblyman, he authored and passed milestone legislation to begin the state’s process of cleaning up the largest and most highly-concentrated plume of dangerous chemicals in a sole source aquifer anywhere in the nation. This legislation paved the way for the $585 million remediation initiative launched by New York State. As Supervisor, Joseph Saladino jumpstarted the environmental cleanup of a contaminated ballfield at Bethpage Community Park. His ongoing commitment to the environment remains steadfast in his role as Town Supervisor, where he continues environmental initiatives aimed at protecting the Town’s natural resources and drinking water, including its miles of pristine waterways, open space and wildlife refuges on both the North and South Shores.  At the same time, Supervisor Saladino has launched quality of life initiatives to tear down zombie homes, improved parks and beaches, and also significantly increased funding for road repaving. On his watch, the Town of Oyster Bay earned recognition as a Climate Smart Community and was also named a leader by NYSERDA for helping assist residents with obtaining residential solar panel permits.

Prior to serving as Town Supervisor, Joseph Saladino served residents in the New York State Assembly for six terms where he was one of the original sponsors of – and approved – New York State’s Property Tax Cap and STAR Rebate Checks.  He was a leading advocate for Megan’s Law, which requires law enforcement authorities to make information available to the public regarding registered sex offenders.  Supervisor Saladino began his career in broadcast journalism as a news anchor and reporter with Long Island’s largest television and radio station. He also worked with a Long Island civil engineering firm immersed in civil construction and environmental engineering projects. A lifelong community volunteer, he is a 30 year member and past Kiwanis Club President, where he received the distinguished “Kiwanian of the Year” award. He has been named an honorary member of the Massapequa Fire Department Companies 4 and 6. He has spent decades serving the community as a volunteer, including as a member of the Lions Club, the Sons of Italy-Columbus Lodge, the Chamber of Commerce, and as a former Trustee of the Historical Society. He was inducted into the Massapequa High School Hall of Fame and the Massapequa Mustangs Hall of Fame.